guys it is really effective and i myself is earning in myLot!!
register now and start earning peeps!
Posted by marites salce at 12:16:00 AM 5 comments:

Spread the Word About Ask2link and Earn Extra Cash!

Here are some ways you can promote Ask2link and earn referral bonus:
simply register to this link and make money.. as easy as that...
what are you waiting for?
happy
Posted by marites salce at 1:25:00 AM 1 comment:

Paid.To.Promote.Net is the easiest way to earn..

here's the link and register to starts earning NOW!
Posted by marites salce at 8:40:00 PM 1 comment:

Place Ad on your site and start earning

Reach 85 million online visitors across 70,000 sites, all with a single buy.

Generate revenue with high-quality, targeted ads on your site.

enjoy the revenues:
Posted by marites salce at 2:55:00 PM No comments:

GPTBank is the professional way to be paid by ref-back offers. You get paid to click on ads like PTC sites. GPTBank guarantees to earn money with PTC sites whether you can't reach the minimum payout, even you have 1 click!

You'll get paid up to %140 (mostly %70) of what you earn for GPTBank (based on standard referral earnings).
Also you'll get up to %15 of your direct referral's earnings.

Payment requests can be made every day and are processed through AlertPay within 3 days for standard members and instantly for premium members!

It is easy. Just join the ptc sites like before and maximize your earnings!

as simple as that.. so register now and enjoy the rewards!
Posted by marites salce at 4:58:00 AM No comments:

sorry guys i wasn't able to update you about Ms ELoisa the cancer patient who is pregnant. actually the schedule was JAn 10, 2008 she will have the C-session,... and yesterday i texted her husband if the C-session is successful, however he didnt replied.
just this afternoon, i gave a ring to her husbands cell number, at first his voice is chocking and i can feel that hes not that okay... so in introduce my self to him, and he said oh yes mam, then i asked him if hows Ms. Eloisa now, did she give birth already? how the operation? he just said, actually not yet, her doctor moved it tomorrow.. and i have many questions in mind that i want to ask,. but he seems dont want to give a detail about it. and i understand him.
please help me praying for Ms. Eloisa to be safe, and the baby. that she will not die after giving birth, that she will live longer for her family.
to those who wants to help them financially.. please call this number 09082244736. if you think that you are blessed enough share it to them please... and the return blessing to those people who are willing to help will receive thousand folds from what you've shared to the needy.

Earn Money from Your Blog

we all know that we are here with the same purpose, right? what is your purpose by the way? i myself has two main reasons why i do blogging.
1. i want to earn
2. develop my skills

to all new bloggers's outhere, dont get disappointed if you dont earn much as of the moment, its a step by step process to earn here... and let me inform you that its not that easy though peeps. just believe in yourself and keep on doin the things you want to do... reach your goal!
try to register here:

and its very simple to register, just submit your blog, give your paypal acccount. that's it and your done.. start earning and happy blogging..

Here's another way for us to earn online.... do blogging, post a relevant issues and you have a lot of offers right?
if no OPP yet, then find other ways to earn from internet... create a site, blog, join to discussions, join to communities, do blog hopping, meet new friends ... the ending is to have $ .LOL
Register here, one of the coolest and simplest way to earn money online ...
WHAT COMES AROUND GOES AROUND! :)
enjoy the weekend!!!

a friend of mine recommended a site where i can earn from them, and i said give me the site please bro, because i am so eager to pursue my occupation right now, make money home while taking care of my kids... so that i don't have to work outside and receive a salary which is not worth of my job description.

and so he gave me the site myLot . guys try to register also with this site if you are interested and and wants some $$$.. just join a discussion and comments, that simple, then you're earning..

No third party in Jolina-Bebong break-up? 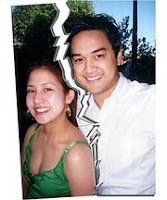 just this morning when i watched in the television and its showbiz news.. i saw Jolina MAgdangal was being intervied by the press and she actually confirmed that the rumor about the break up with her boyfriend Bebong Muñoz is true, and she dont want to give further details about what had happen, she'd rather keep it for herself instead, she added...

and this afternoon ive read an article in the news paper, about also their break-up, its seems that all the shobiz news, and tabloids, the topic is about the break-up.. well its kinda shocking to all maybe, specially to her fans because she commits herself to that guy, and they were 6 years huh?.. that long..
Posted by marites salce at 4:07:00 AM No comments: 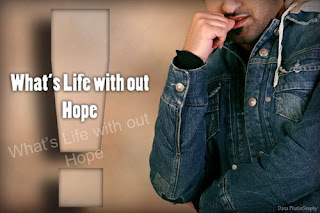 1. START a rock band. theres not really any money in it for ages, if at all. so be prepared to love the music because the money is the dream. if you want to get gigs, scout the local scence, talk to bar owners, pitch your band and be willing to perform for free. (says ALessandra Tinio of THE DORQUES)

2. MAke a Movie... if its only a short film and you have your own camera and editing equipment, then P10,000 could be enough. short film courses are offered everywhere near to your place. (says Michiko Yamamoto of ufo Pictures)

5. DEsign your own jewelry line.... Mia Villanueva spent many years in investment banking before she started designing her eponymous line of jewelry and bags full-tiime.

6. Create your own BLOG.... if you have the passion in writing, editing, designing over the web.. then this is our chance to earn money.. it might the reason for us change our life... we do not have be employed, your the boss... practice makes perfect..

WHat I Did For New Year? 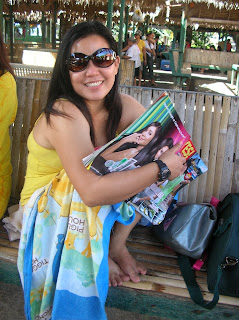 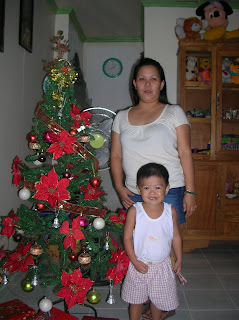 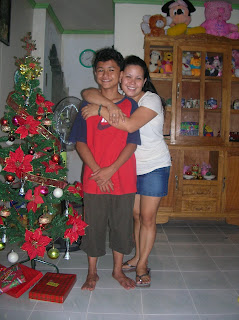 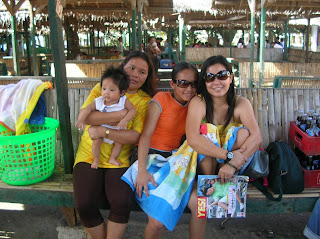 pose withmy outlaws.. HAHAHA... just kidding... shes kissey one of my bestfriend shes the sister of my past. LOl and the other girl is NEneng, wife of Belly couzin of my past... LOL and baby REnz... hes so cute
actually, i did not prepare anything for the midnight for NEw YEar. i was really tired and i have a fever that night because i cleaned the entire house since the renovation is not yet finish... so i dont have enough energy to cook or prepare a food for to eat during the might.
i did not even bought fruits (the 12 kinds of circle fruits) for they said its for "good luck " LOL i just pray to HIm that even if i dont have those stuff pls shower us more blessings for the 2009.
and also my neighbor my best friend as well, she went to our house just to great happy new year and i did the same thing to her and she asked me if what i have, and i said i dont have anything to eat because i was really tired the whole day. and she said , dont worry il get something to eat to our house because i prepared a simple dinner for us. and i said to myself God is soooo GOOD anytime that HE is really a good provider just ask and He's always willing to give.
and also my close friends texted me January 1, 2009 that they wanted to have dinner with us and they will bring foods for us.. see? i really did not expect those things to happen.. and they also invited us to join them to go to the beach and bring the kids.. such a blessings to us that there are people who have good heart and very kind as well.. thank you so much guys i realy cant forget this , you may have more blessings to receive and more power to all your career.
welcome 2009 to all!

Posted by marites salce at 2:38:00 AM No comments: Links to this post